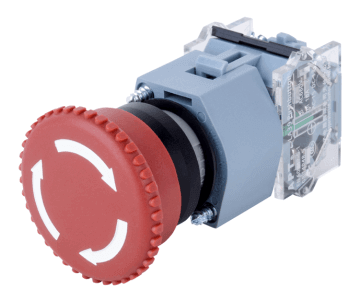 Actuator is used to operate and release components, usually with push rod and spring to achieve action.

The holder is used to fix the actuator and connect the switch elements at the same time.

The trigger function is that the button sets a trigger position in the process of emergency stop operation.

The stroke that can cause the trigger action is called the trigger stroke. The function of trigger is to improve the control accuracy of emergency stop button and prevent misoperation.

For the emergency stop button without triggering function, the actuator and push rod are in synchronous movements.

If unintentionally touched the actuator, may cause contact action, thereby cutting off the operation of the entire equipment. 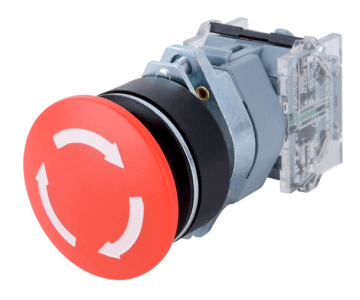 For the operation process of large industrial equipment with priority of efficiency, misoperation is unacceptable, and trigger function solves this problem well. Because, in the high-end equipment and European and American markets, this emergency stop button is the main development and application direction.

Prev: APT ISO 9001:2015 CERT RENEW
Next: Nader - the super-supplier behind the Hongkong-Zhuhai-Macao Bridge