HomeBlogFAQWhat is the working principle of the buzzer?

What is the working principle of the buzzer?

The buzzer is a sounding device that can convert audio signals into sound signals. It is usually powered by DC voltage. It is widely used in alarms, computers, printers and other electronic products as sound devices. It is mainly divided into piezoelectric buzzer and electromagnetic buzzer, represented by the letter "H" or "HA" in the circuit. According to different designs and uses, the buzzer can emit various sounds such as music, siren, buzzer, alarm, and electric bell.

How the buzzer works 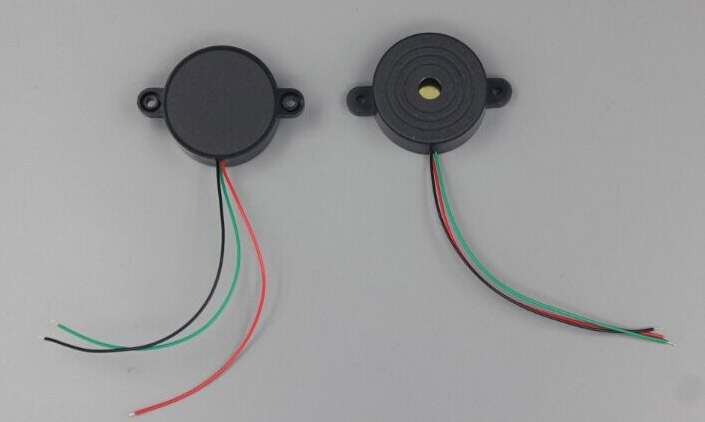 Electromagnetic buzzer is composed of oscillator, solenoid coil, magnet, vibration diaphragm, housing, etc. When the power supply is switched on, the audio signal current generated by the oscillator passes through the solenoid coil, which generates a magnetic field. The vibration diaphragm periodically vibrates and sounds under the interaction of the solenoid coil and the magnet. The frequency of the general electromagnetic buzzer is 2-4 kHz. 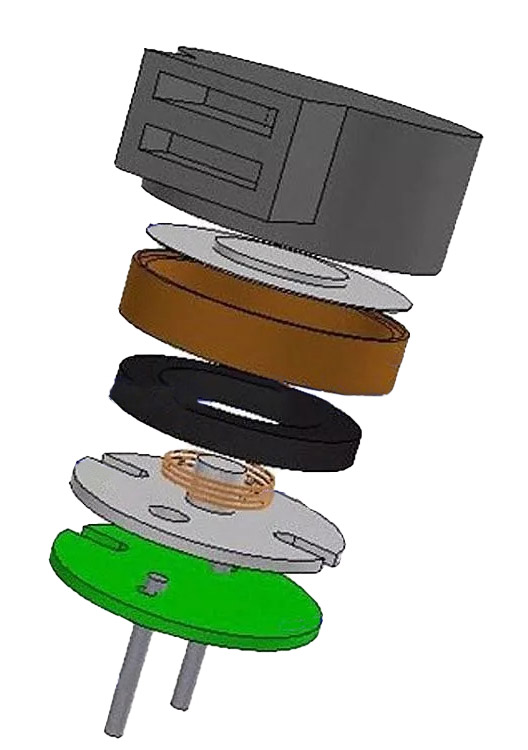 Classified according to buzzer construction

The two buzzers have different pronunciation principles. The piezoelectric buzzer is simple and durable in structure, but it has a single tone and color difference and is suitable for alarms and other equipment. The electromagnetic buzzer is mostly used for voice, music and other equipment because of its good sound color.

Classified according to the way the buzzer is driven

Active buzzer (with drive line): With oscillator inside, it can chime when energized. The ideal signal is direct current, usually marked as VDC, VDD, etc., which can convert constant direct current into pulse signal of a certain frequency.

Passive Buzzer (External Drive): There is no oscillator inside. It can not be chirped by DC signal. It must be driven by 2K~5K square wave because the magnetic circuit is constant.

How to distinguish active buzzer from passive buzzer

How to distinguish active buzzer from passive buzzer

Multimeter resistance Rxl test: When the black meter pen contacts the'+'pin of the buzzer and the red meter pen touches back and forth on the other pin, if it clicks and the resistance is only 8Ω (or 16Ω), then it is a passive buzzer; connect the'+'pin of the buzzer with a black pen and touch the red pen back and forth on the other pin. If a continuous sound is emitted and the resistance is over several hundred ohms, then it is a active buzzer.

The active buzzer can sound continuously by directly connecting the rated power supply (note on the label); passive buzzers are similar to electromagnetic speakers, and need to be connected to the audio output circuit to sound.

In addition, the buzzer can also be classified according to other ways:

2. The current of buzzer is different: DC buzzer and AC buzzer, of which DC is the most common.

How to choose the right buzzer

There are many types and specifications of buzzer. The appropriate buzzer can be selected by several main parameters (voltage, current, driving mode, size, connection / fixing mode) and the required sound (sound pressure and frequency).

Size: the size of buzzer will affect the volume and frequency. The size of electromagnetic buzzer is generally 7mm-25mm, and that of piezoelectric buzzer is 12mm-50mm.

On Quisure.com, you can quickly and accurately select the buzzer you need through parameters and purchase it.

The driving circuit of buzzer

Because the working current of the buzzer is generally large, so that the I / O port of the single-chip microcomputer can not be directly driven (but AVR can drive a small power buzzer), so we need to use the amplifier circuit to drive, and generally use the triode to amplify the current. The buzzer drive circuit generally includes the following parts: a triode, a buzzer, a freewheeling diode and a power filter capacitor.

When DC voltage (active buzzer) or square wave (passive buzzer) is applied at both ends of the sounding element, its main parameters are the shape dimension, sound direction, working voltage, working frequency, working current, driving mode (DC / square wave), etc., which can be selected according to the needs.

The buzzer is essentially an inductive element, and its current can not be transiently changed. Therefore, a freewheeling diode must be provided for the continuous current. Otherwise, a spike voltage of tens of volts will be generated at both ends of the buzzer, which may damage the driving triode and interfere with other parts of the whole circuit system.

The function of filter capacitor C1 is to filter the influence of buzzer current on other parts and improve the AC impedance of power supply. If possible, it is better to connect a 220uF electrolytic capacitor in parallel.

2. Welding shall be carried out according to the marked welding method. The common welding methods of buzzer are: manual welding, wave soldering and reflow soldering.

5. Do not use it outside the marked working voltage (when the voltage is too high, it will cause arcing phenomenon, which will lead to ceramic chip cracking and electric field attenuation).

Prev: What is a molded case circuit breaker?
Next: What is the difference between MCB and RCCB?