HomeBlogFAQWhat is the working principle of AC contactor?

What is the working principle of AC contactor? 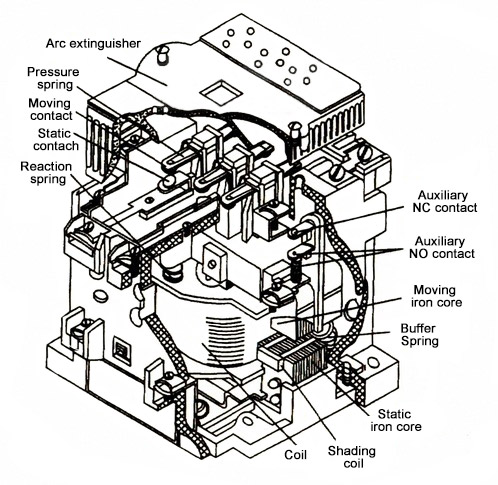 Contact system: It includes main contacts and auxiliary contacts. The main contact allows a larger current to pass through and plays the role of connecting and cutting off the main circuit. Usually, the maximum current allowed by the main contact (ie, the rated current) is one of the technical parameters of the contactor. Auxiliary contacts are only allowed to pass small currents, and are generally connected to the control circuit when used.

The working principle structure of the AC contactor is shown in the figure below. When the coil is energized, the iron core is magnetized, attracting the armature to move downward, making the normally closed contact open and the normally open contact closed. When the coil is de-energized, the magnetic force disappears. Under the action of the reaction spring, the armature returns to the original position and the contact returns to the original state. 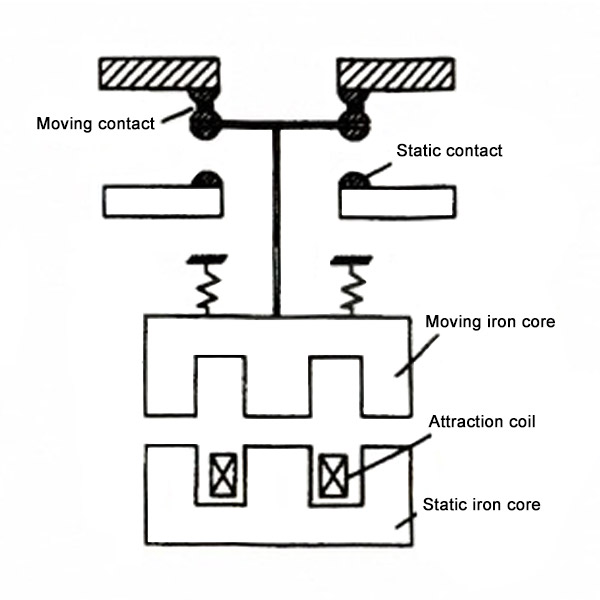 What is a contactor?

Prev: What is the principle and function of the relay?
Next: What is a contactor?