HomeBlogFAQWhat Is a Circuit Breaker

What Is a Circuit Breaker 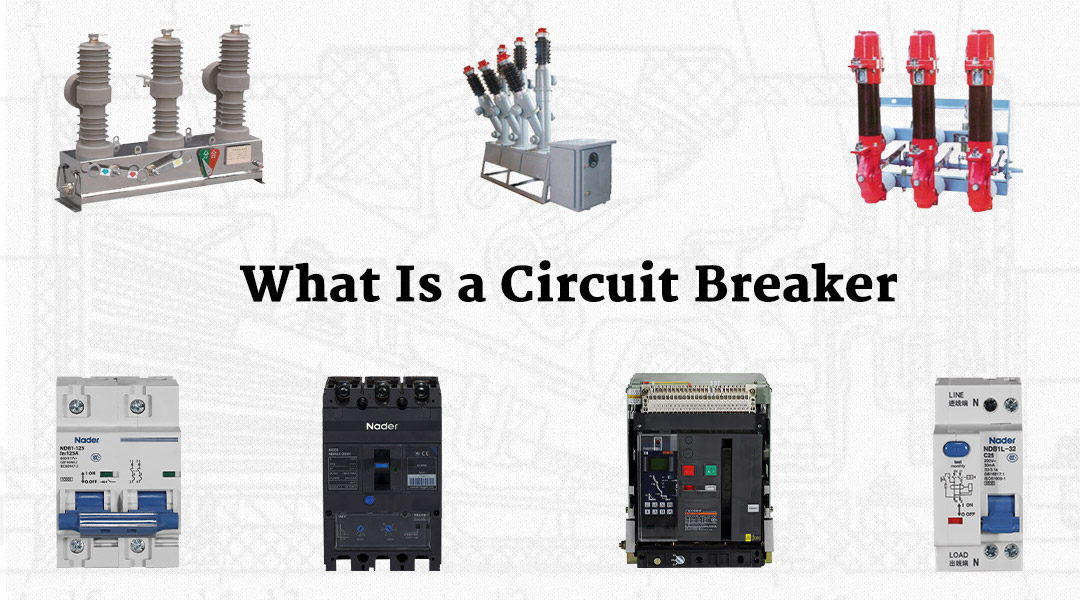 Circuit breakers can be used to distribute electric energy, start asynchronous motors infrequently, protect power lines and motors, etc., and automatically cut off the circuit when they experience serious overload, short circuit, or undervoltage faults. Its function is equivalent to a fuse switch Combination with overheating and underheating relays, etc. Moreover, it is generally not necessary to change parts after breaking the fault current. At present, it has been widely used.

When a short circuit occurs, the magnetic field generated by the large current (generally 10 to 12 times) overcomes the reaction force spring, the trip unit pulls the operating mechanism, and the switch instantaneously trips. When overloaded, the current becomes larger, the heat generation increases, and the bimetal deforms to a certain extent to push the mechanism to move (the larger the current, the shorter the action time). 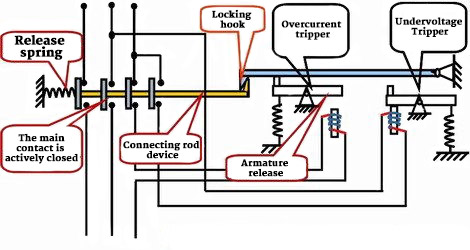 The Main Characteristics of the Circuit Breaker

1. Rated working voltage (Ue): This is the voltage at which the circuit breaker works under normal (uninterrupted) conditions.

2. Rated current (In): This is the maximum current value that a circuit breaker equipped with a special over-current trip relay can withstand indefinitely under the ambient temperature specified by the manufacturer, and will not exceed the temperature limit specified by the current-bearing component .

(3) The test procedure for the rated ultimate short-circuit breaking capacity is O-t-CO.

Low-voltage circuit breaker is a switching device that can not only switch on and off normal load current and overload current, but also switch on and off short-circuit current. In addition to the control function in the circuit, the low-voltage circuit breaker also has certain protection functions, such as overload, short circuit, undervoltage and leakage protection.

1. Miniature Circuit Breaker (MCB): It is the main force of household and commercial circuit breakers. Its function is to automatically cut off the current when the circuit is overloaded or short-circuited.

3. Air Circuit Breaker (ACB): It can connect, carry and break the current under normal circuit conditions, and is used to distribute electric energy and protect the circuit and power equipment from overload, undervoltage, short circuit, etc.

4. Residual Current Circuit Breaker (RCCB): Usually divided into voltage type and current type, it is a practical electrical product used in households to protect users from leakage and electric shock.

3. Vacuum circuit breaker: a circuit breaker that uses the high dielectric strength of vacuum to extinguish the arc. Its arc extinguishing speed is fast, the life is long, and the volume is small.

Nader has been focusing on medium and high-end low-voltage electrical appliances for 20 years. In terms of product research and development, after years of continuous investment, Nader's technology has reached the world's leading level. In terms of production, Nader builds a digital intelligent manufacturing base with more than 20 advanced automated assembly and testing production lines to ensure stable productivity and quality, and is not much different from the first-line brands. Nader's products are mainly used in new energy, communication, real estate, industrial construction, industrial control and electric power industries. It is the supplier of Huawei, Sungrow and other enterprises.

Founded in 1984, Chint has a market share of 28% in China, mainly in the middle and low-end markets. Chint's product line is rich, is the most complete brand of low-voltage electrical products in China, and the product price is very competitive. In addition, Chint has more than 2000 marketing outlets around the world, serving more than 140 countries and regions and providing reliable products and services. Chint's products are mainly used in construction, electric power, lifting, communication and other industries.

Founded in 1996, People Electric specializes in industrial electrical equipment. Its products are sold to more than 70 countries and regions and are used in many major projects. Moreover, People Electric has established technology research and development sub-centers in Shanghai, China, Nanchang, China, and Berlin, Germany, to develop cutting-edge electrical products with independent intellectual property rights, and constantly improve the level of technology and craftsmanship. 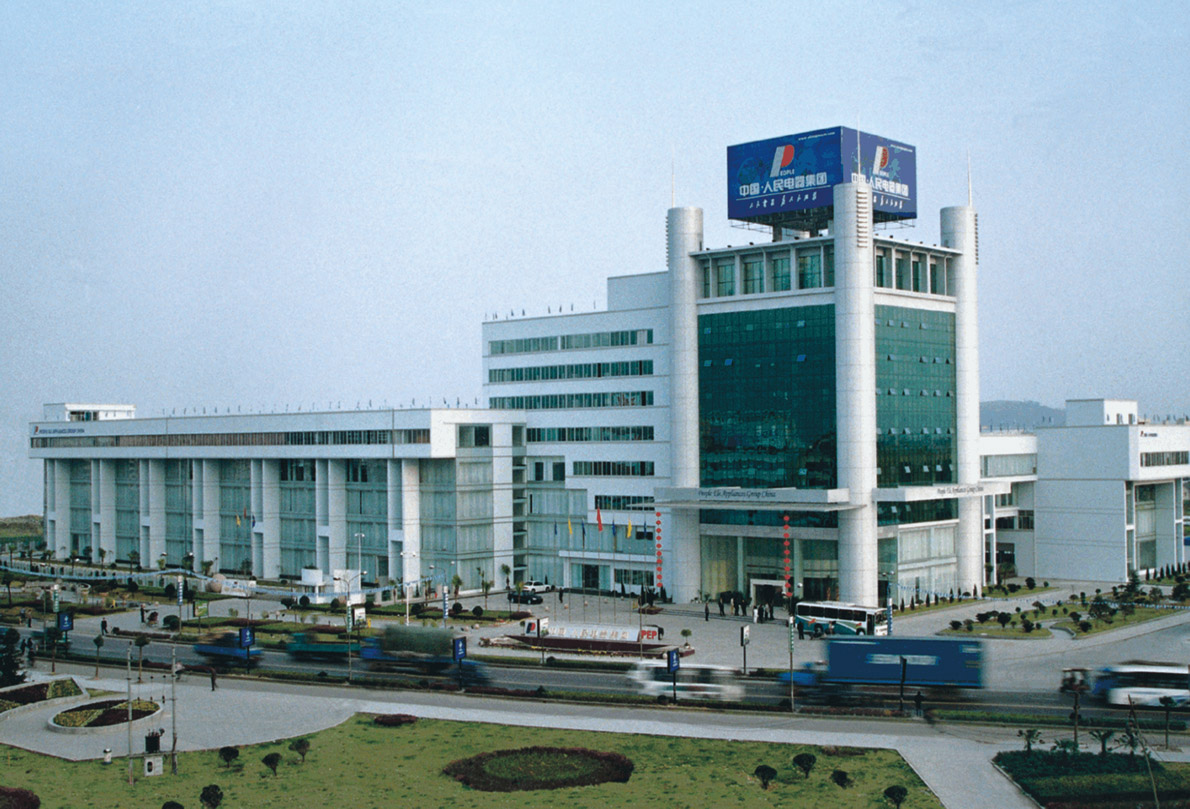