HomeBlogFAQWhat is the difference between MCB and RCCB?

What is the difference between MCB and RCCB? 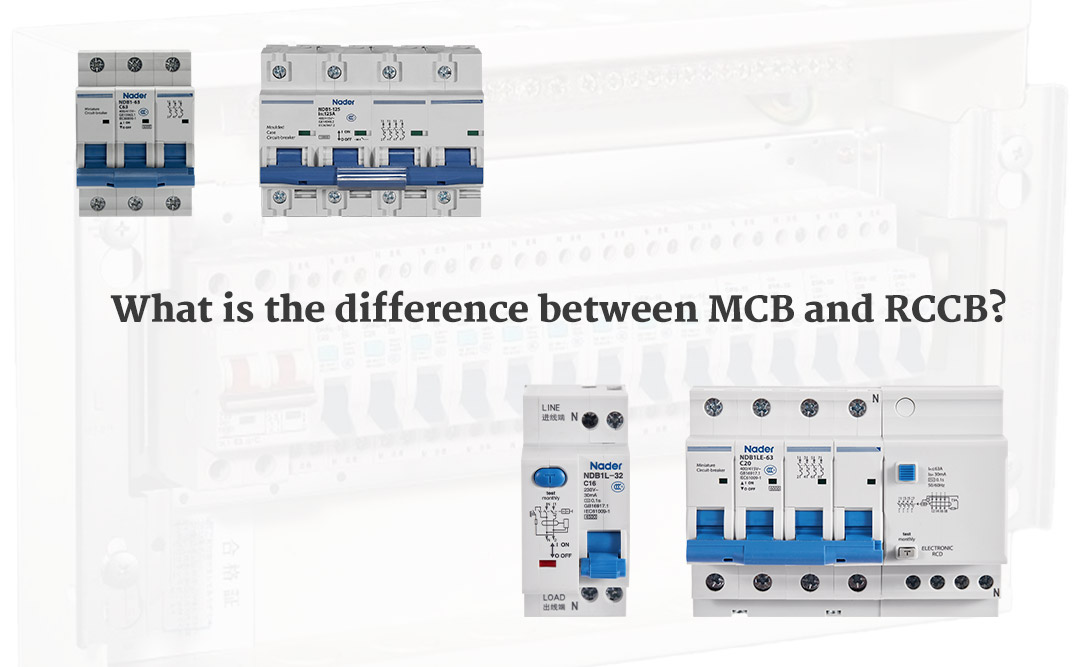 A miniature circuit breaker(mcb) is a small-capacity plastic case circuit breaker with a very compact structure. It is generally composed of an operating mechanism, contacts, protection devices (various trip units), and an arc extinguishing system. It is mainly used for overload and short circuit protection in the line with rated voltage of 400V and below and rated current of 125A, as well as infrequent operation of motor and infrequent conversion of line.

Miniature circuit breakers are one of the most widely used terminal protection devices in building electrical terminal distribution devices. Although miniature circuit breaker is a terminal electrical equipment, it is widely used in many applications such as construction engineering, civil lighting and so on because of its superior performance, convenient use and reasonable price.

Residual current circuit breaker (RCCB) is mainly used in the equipment leakage fault and the life-threatening personal electric shock protection, with overload and short-circuit protection function, can be used to protect the overload and short-circuit of the line or motor, and can also be used as the non frequent switching start-up of the line under normal conditions. The common residual current circuit breakers are divided into voltage type and current type, and current type is divided into electromagnetic type and electronic type.

Why is it necessary to install leakage protector after the protection is connected to zero (ground)?

No matter whether the protection is connected to neutral or grounded, the protection range is limited. For example, "protective connect to neutral", is to connect the metal shell of electrical equipment with the zero line of the power grid, and install fuses at the power supply side. When the electric equipment is in contact with the shell, a single-phase short circuit of the relative zero line will be formed. Due to the large short-circuit current, the fuse will be quickly fused and the power supply will be disconnected for protection. Its working principle is to change the "the power supply has leakage to the shell" into "single-phase short-circuit fault", so as to obtain large short-circuit current cut-off insurance. However, the electrical shell collision fault is not frequent in the construction site, and the leakage fault often occurs, such as the leakage caused by damp equipment, excessive load, long circuit, aging insulation, etc. These leakage current values are small and can not quickly cut off the insurance. Therefore, the fault will not automatically eliminate and exist for a long time. But this leakage current has posed a serious threat to personal safety. Therefore, it is necessary to install a leakage protector with higher sensitivity for supplementary protection.

How to use leakage protector?

How to use leakage accessories?

Prev: What is the working principle of the buzzer?
Next: Why choose miniature circuit breaker with good quality?