Miniature circuit breakers, or Microbreakers for short, have been around us for more than a century, from generation to generation. Now they have evolved into the following kind of look. 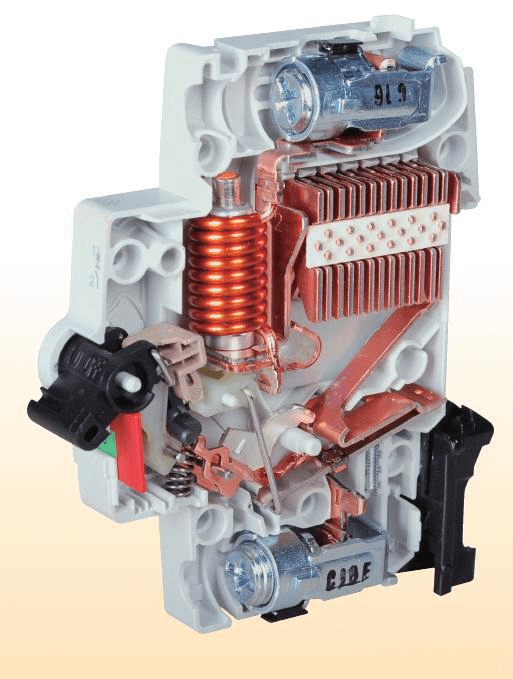 Trip curve is the characteristic of the circuit breaker protection of the line, type C and type D are two common types. The instantaneous trip current of type C circuit breaker is about 5 ~ 10 times of the rated current, and that of type D is about 10 ~ 14 times of the rated current. For example: If a C10A micro-break is on the line and suddenly there appears a great 90A current, then the circuit breaker will probably appear a flash trip protection. If the installation is a D10A micro-break, the circuit breaker will not trip in the instant that a great 90A current is flowing into it. If the great 90A current lasts only for a few seconds and then returns to a steady current of a few Amperes, the circuit will continue to function normally. To sum up, in order to control the design and production costs, if the protection overload of the following terminals is a resistive load without great current such as a lamp, rice cooker or electric heater, then we can choose the c-type trip curve. If the load belongs to motor, electromagnet or transformer and is with great starting current, we should choose the d-type micro-break trip curve in order to ensure that the circuit breaker does not misoperate.

Sometimes we encounter situation where we only have the c-type micro-break in hands in the production or the field use process while the object being protected is the electric motor, at this point, we will also use the c-type instead of the d-type, but the premise is that the rated current should be a grade or two grades higher than the original d-type. That means a D10A circuit breaker with 140A-14 times of the rated current or a c-type with close to 140A-10 times of the rated current, so we have to choose a 16A C-type circuit breaker to replace the use.

As to the typical size of a miniature circuit breaker, 18 mm in width is a module (1 bit, 1p) , but the Schneider Electric is special. Schneider officially uses 9 mm as a module, friends in communication with Schneider customer service should pay attention to what they say in case of size design errors during box shell distribution. In fact, when we use it, it’s OK if we convert 9 and 18. There are two shell-frame current grades for micro-break, 63A and 125A. For the micro-break below 63A, 1 bit is 18 mm. For the micro-break of 125 shell-frame current, 1 bit is 27 mm.

Finally, I give you a small tip on the installation of micro-break. Micro-circuit breaker is installed in 35 mm standard guide rail.